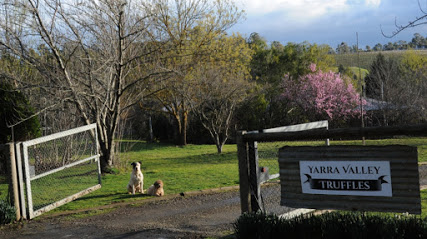 To grade a truffle on qualities of flavour and aroma takes substantial experience, (and the opportunity to see, smell, eat top quality vs mediocre truffles more commonly available).
Whereas the widely used Classification system primarily describes shape. Traditionally truffle in Europe is peeled due to sand & grit on the skin, it's easier to peel round, regular shapes, thus the preference.

...and sometimes, like a great vintage year for grapes, or a Special Reserve from a few hand selected vines, there can be;

Anyone can classify truffles, it's no more complex than what size and shape it is.
There is very little that reflects the actual quality of the truffle.

A widely used system in Europe, and adopted by Australian Exporters is the UN Standard for truffles.
A copy of the latest UN standards can be found at UNECE Standard ffv-53, 2017 edition (pdf)
Size, shape descriptions which can be done within any grade, with minimal skill. It has little bearing on quality.
Of particular note are the following points;
A. Minimum requirements

Satisfactory to whom? The reseller that bought using price as the criteria? The executive chef trying to minimise his food budget?

This is where the under-ripe truffle that rapidly loses aroma and never had much flavour is brought to the market. For chef's or consumers who don't know how good a truffle can be.
But this standard has no grading, it's just round, not so round, pieces, with a bit of smell.
Do you want to eat satisfactory or wonderful? What did you pay for?